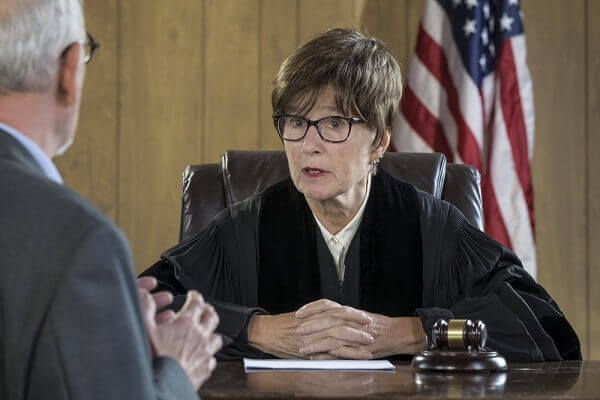 Many clients are surprised at the contrast in procedures between federal court and Texas state court. Indeed, criminal cases in East Texas proceed quite differently depending on whether the defendant has been arrested by state or federal authorities. One of the primary differences is the use of bond in federal court and bail in state court. In fact, with respect to bail and pretrial detention, state and federal courts vary greatly.

Initial Appearance Hearing. Shortly after a defendant’s arrest on federal charges, the government will present the defendant to a Pretrial Services Officer (PSO) at the federal courthouse in either Tyler, Marshall, Beaumont, or Lufkin for an interview.  This interview may even occur the same day as the arrest. The PSO will ask about the defendant’s personal, financial, and criminal background, as well as anything else deemed relevant.  Based on this information, the PSO will then make a recommendation to the magistrate judge as to whether the he thinks the defendant should be released or detained pending the case and whether the defendant can afford an attorney or needs one to be appointed. The court will review the PSO’s recommendation and then give both the government and the defendant an opportunity to present arguments regarding pretrial release.  After the arguments, the federal magistrate judge will issue a decision.  In Beaumont or Lufkin, the decision will be made by Judge Keith F. Giblin or Judge Zack Hawthorn.  In Tyler, that decision is made by Judge John D. Love or Judge K. Nicole Mitchell.  In Marshall, the magistrate judge making the bond decision is Judge Roy Payne.

Bail. Generally speaking, bail is the use of money or other property to secure a defendant’s return to court.  A defendant will pledge his own property, or pay a bail bondsman to pledge property for him, and he will promise that the court can keep the money or property pledged if he flees the jurisdiction or fails to appear in court at the appointed times.  While bail in state court is very common, bail in East Texas federal courts is fairly rare. In federal court, the focus of pretrial detention hearings is not whether someone has the financial ability to pay bail.  Instead, the court seeks to impose conditions on the defendant that will guarantee his return to court.

Bond Conditions. Typically, a federal judge’s grant of bond will be accompanied by specific conditions that the defendant must meet until the case has been resolved. These conditions vary widely depending on the judge and the type of criminal charge involved.  However, in our experience, judges in East Texas generally focus on five items:  1) not committing any additional crimes; 2) cooperating with the assigned probation officer, including allowing the officer to monitor the defendant as requested; 3) not associating with convicted felons or suspected criminals; 4) keeping a job or otherwise lawfully obtaining income; and 5) submitting to and passing all random drug tests.

Non-Compliance. When the court imposes the conditions of bond, it will also advise the defendant of the consequences of non-compliance.  Such consequences could include receiving a new criminal charge for violation of a court order or the revocation of bond.

Getting bond in a federal case is important. If you are facing a federal proceeding or if detention was ordered against you, you should consult with the attorneys of Oberheiden, P.C. to explore your options for release or appeal.

Call us today and let us review your case for free. Call 888-680-1745 find out how we can get you federal bond or how to appeal a detention order against you.

Challenges. Obtaining pretrial release requires the help of an experienced defense attorney. Pretrial release is by no means guaranteed and there is no absolute right to be released.  Some cases are more difficult than others.  For example, in a pretrial detention hearing regarding a drug case, the judge is often concerned about the defendant’s criminal background and whether weapons were involved. If the defendant has prior arrests or convictions for drug-related offenses or if he used a weapon during the offense, an experienced criminal attorney can emphasize the presumption of innocence of the accused, the defendant’s deep connections with lawful society in the area, and other similar mitigating factors in order to convince the judge to allow the defendant’s release from detention.

In one recent case, the attorneys of Oberheiden, P.C. were successful in overcoming significant challenges in a federal drug detentioner hearing.

In that case, our client was accused of being a member of a federal drug conspiracy. Our client had a long history of convictions for drug possession and drug distribution in courts across the country. The client also had past assault charges, domestic violence, and aggravated assault charges on his criminal record. Additionally, the client was considered a federal fugitive for not turning himself in.

Once our attorneys took over the case, we presented the client to the judge, and argued every single reason why the client should not be in detention. The government presented the client’s criminal drug past and put every legal argument forward to deny bond and to incarcerate our client. After a highly contested hearing, the court granted our pre-trial release and issued a very favorable bond for our client.